Mount Meru is one of Africa’s most beautiful volcanoes and is the second highest mountain in Tanzania after Kilimanjaro at 4,565m it is also the fifth highest in the whole of Africa. The mountain is located in Arusha National Park, which gives trekkers the opportunity to see a lot of wildlife as they approach and climb the mountain. The ascent is quite steep in places and the route to the summit passes over a number of streams. As you ascend, similar to Kilimanjaro, you pass from the equator to what feels like the Arctic, moving through grasslands, tropical rainforest, alpine meadows, moorlands and desert uplands to snow and ice. The summit is reached by a narrow, barren ridge, which provides stunning views of the Ash Cone lying several thousand feet below in the crater. Weather permitting, Kilimanjaro can be seen in the West. We offer private climbs at no extra cost and will work with groups or individuals to create the perfect tailormade holiday.

END_OF_DOCUMENT_TOKEN_TO_BE_REPLACED 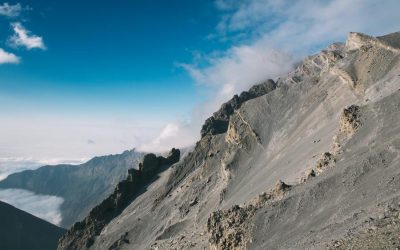 Day 1: ARUSHA – MIRIAKAMBA HUT In the morning at 0830hrs pick up from your hotel in Arusha town and transfer 30km to Momela gate the starting point of the climbs. At the gate meet with your mountain CREW and after all regulations have been finished start ascending the...